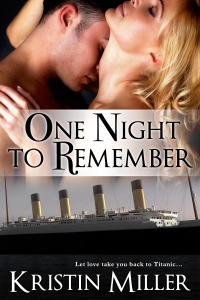 One Night to Remember

From the back cover:

First class clothing designer Elizabeth Scott isn’t all that she appears. She may be elegant and poised on the outside, dining with the richest on the ship, but she’s hiding a dark secret within.

Thieves boarded the Titanic, too…

Officer Thomas McGuire is as honest as they come. Working to make a decent living on the ship of dreams, he can’t believe his eyes when the most striking lady he’s ever seen steals from another first class passenger. As the night goes on, Thomas must decide whether he plans to arrest or seduce Elizabeth and she’s not making it easy on him–the heat sparking between them is unlike anything they’ve ever known.

Time is running out…

The Titanic is sinking fast. Elizabeth has finally met a true gentleman–one who gazes upon her with total adoration yet fulfills her deepest fantasies. But being a gentleman means more than playing the stuffy part. Thomas insists on helping other passengers until the very end, even if that means going down with the ship.

In the fight for their lives, they just might find a love worth dying for.

“This story was not what I thought it would be. It was better.” –Amy’s Book World

“The author does a great job of interweaving what happened during those 2 hours after hitting the iceberg into the story.”–Cocktails and Books

Elizabeth Scott closed her eyes, and for the tenth time this dreaded evening, wished she were invisible. Maybe then she could pretend the trip was over. If the hum of the Titanic’s engines didn’t buzz beneath her feet, she could imagine she was hard at work in her studio in Boston, the troubles of Europe far behind her.

The trip was nearly over.

Waiters shuffled around tables in the first class dining room, picking up silver, delicately setting plates of steaming lamb on every setting. Whether or not the seat was taken was no matter. Wine was poured. Courses were served. Smiles were stretched to the limit.

Which was perfectly acceptable, unless there were others in the room like Elizabeth. Other passengers holding a first class ticket who viewed everyone on the ship, from first to third class, with the same level of civility.

She’d bet the gold coin in her shoe that the passengers in steerage weren’t being served on such elaborate china.

It wasn’t until Elizabeth sighed that the woman next to her, a busty woman with a pound of rubies dangling from her ear, finally spoke up.

“Is the lamb to your liking?” she asked, stabbing her own fillet with a fork. “They can make you another. All you have to do is ask.”

“The lamb is fine.” Elizabeth forced out a cough and slid a salad fork off the table, right into her lap. When she was certain no one saw what had happened, she peeled open her purse and slipped it inside. “I think my stroll around the deck this afternoon has simply taken the wind out of my sails.”

“Too much walking can make a lady pale with fever.” The woman leaned in close as if she were telling a dear secret. Elizabeth could almost smell the money seeping from her pores. She was clean, freshly bathed, and smelled strongly of rose-hipped musk. “You should take care. Perhaps some water would help.”

“Perhaps.” Elizabeth took a drink to appease the woman, then slid her elbow back across the table, dragging the knife from her setting onto her lap. “Are you traveling to New York with your husband?”

“I am,” she said, and swiveled in her chair. Her face lit with genuine excitement. Like no one had spent two seconds speaking with her about anything other than the necessary formalities. Her eggplant evening gown sparkled with more hand-sewn jewels than Elizabeth could count. The fabric was silk. Foreign. Very expensive. “He’s feeling under the weather and decided to retire for the evening.” She paused, pursing her lips, readying for a smile. “I‘m Lady Isabelle Grace,” she said with purpose, elevating her voice for everyone at the table to hear. “Pleased to meet you.”

Elizabeth didn’t need the woman to shout her name from the hilltops to know who she was. She’d married banker Lord Arthur Grace last year and they were headed to the states to rendezvous with his business partners.

“It’s nice to make your acquaintance.” Elizabeth took a sip of wine. It was woodsy with hints of vanilla and went down smooth, but did little to warm the irritation building in her middle. Dinner was dwindling to an end and Elizabeth still had work to do.

She hadn’t brought down Lady Isabelle’s guard. Not one bit….

“And you’re traveling with your fiancé, I presume?” Lady Isabelle twiddled a diamond bee brooch on the collar of her dress. It was Tiffany & Co. 1890 collection.

“No. I’m traveling alone.” Elizabeth slid the knife into her purse, then pressed it shut.

“Alone?” Isabelle spoke the word with such disdain, Elizabeth wondered if her tongue was sizzling. “I’ve never heard of such a thing.”

No, she wouldn’t have. Women born into money didn’t understand the trials and troubles of women who weren’t. Elizabeth knew those troubles all too well. Although she was wearing a flaming crimson evening gown, accented with just as many jewels as the pretentious Lady Grace, Elizabeth had slaved for every dollar to purchase them and sewed them by hand in her shop in Boston that she’d built from the ground up.

Bitterness balled her nerves into a fist that rammed into her ribcage. She finished off the red droplets on the bottom of her wine glass and glanced around the room. Other than the band playing a soft tune in the corner and the stewards clearing plates, most of the room had emptied.

And no one was paying attention to the crime that was about to take place.

“We’re coming into a new age, Lady Grace.” Deciding no time could be better, Elizabeth stood quickly, purse clutched in hand. “I’m afraid I must leave you now.”

“So soon?” she asked, her expression genuinely solemn. “Surely you can stay for dessert. With my husband away, I should like the company.”

Elizabeth smiled and moved slowly around the arched back of Lady Grace’s chair, dancing her long, graceful fingers over the top. By the time Isabelle swiveled her gown around to face her, Elizabeth had slipped her gold tasseled purse off the table.

Holding it behind her back, Elizabeth leaned over and nailed the boards into Lady Isabelle’s casket. “I’m afraid I cannot stay. You see, I’m not feeling well, but it’s not due to the lamb.” She went in for the kill, gently brushing her stomach. “My situation is…delicate in nature.”

Nearly jumping out of her seat, Isabelle lost all color. “You are with child? Oh my dear, I am so sorry. And with no fiancé!”

“It’s all right. I’m plenty accustomed to doing things on my own. Now if you’ll excuse me…”

Careful not to turn so that Lady Isabelle would see her stolen clutch, Elizabeth gave a small curtsy and excused herself from the table. She’d done it. Another night, another first class passenger swindled out of money they’d earned off the backs of others.

By the time Lady Grace realized her purse was stolen, Elizabeth would have the money emptied from it and have returned the clutch to the Master at Arms. She would probably think she’d misplaced it or dropped it along the way to dinner. When it was discovered in the lost and found, Isabelle wouldn’t cause a fuss. The snobbishly rich never did. Her husband, Lord Grace, was known for his obsessive gambling and frequently “borrowed” from his wife’s trove. She’d either think the money was missing or wasn’t there to begin with.

It was quite ridiculous, really, to think more people weren’t taking advantage of all the wealth of the world on a single ship, stuck in the middle of the North Atlantic. Elizabeth swelled with pride when she realized she might’ve been the only ingenious person among them.

As she reached the French doors leading into first class reception room, Elizabeth had the skin-crawling feeling that eyes were boring into her back. She spun around, facing her table. Lady Grace had gone back to her plate, oblivious to the theft that’d taken place.

No one looked her direction.

No one except the clean shaven man with side swept chestnut hair, blazing brown eyes and a square cut jaw. The man walking toward Elizabeth with a hard pound to his stride. As if he’d just witnessed everything. 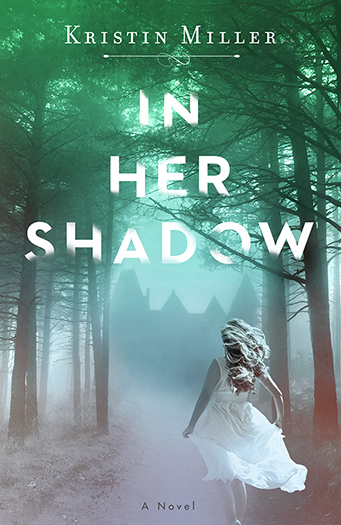 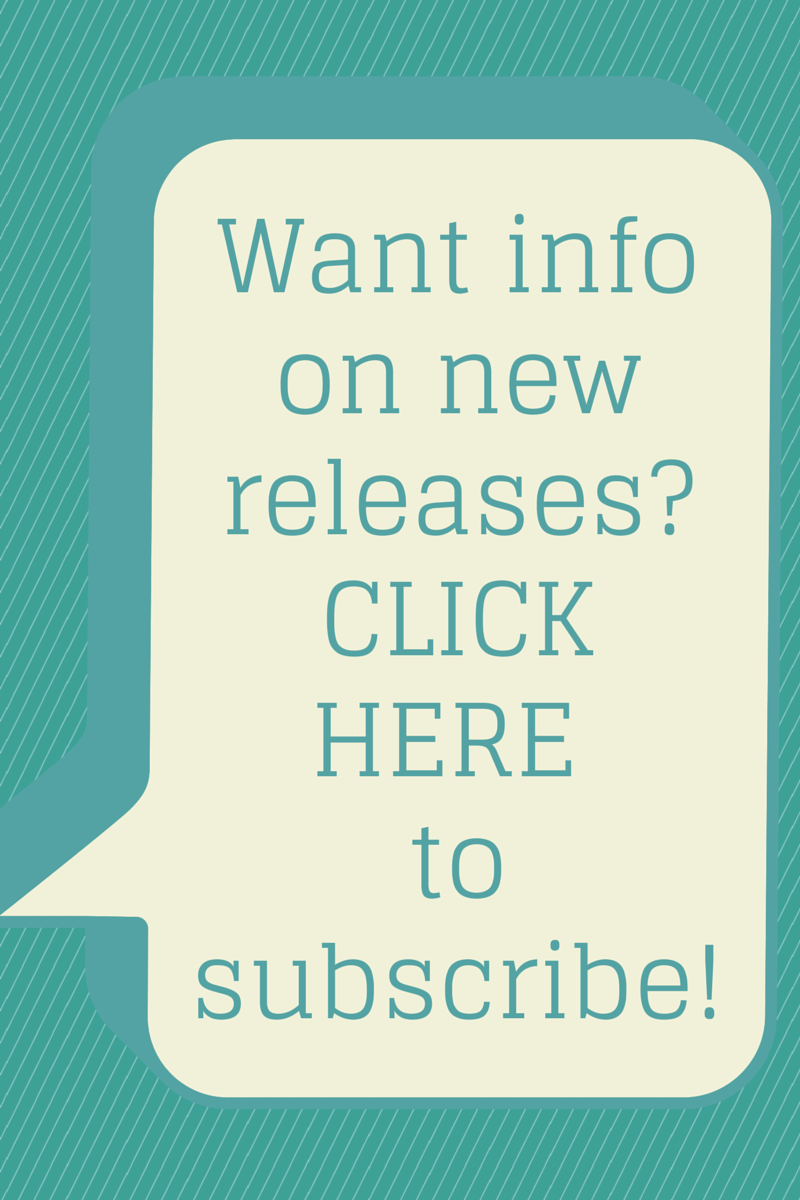